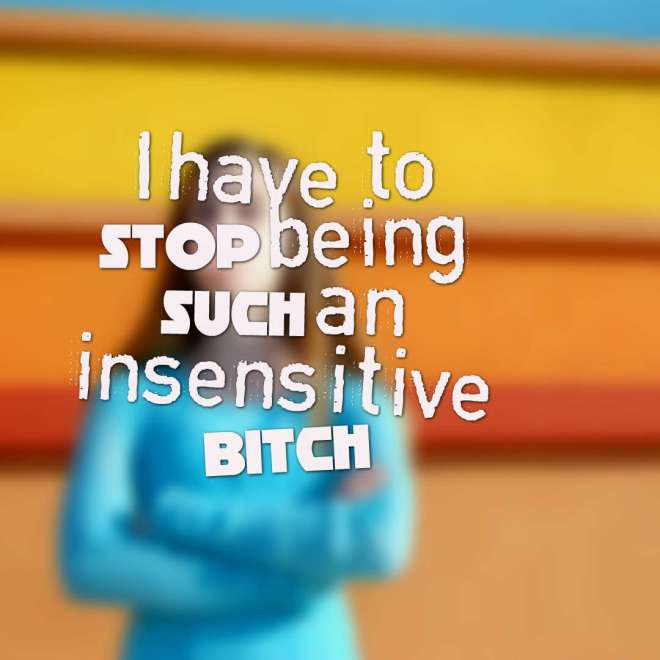 Seriously, when is winter going to get here? I am so over summer already. I LOVE the cold weather; the woolly clothes, my warm bed, curling up next to the heater, hot soup and having hot chocolates with Tim Tams. OMG winter is the BEST season by far. I just wish it would snow. I’m like the only person out of my friends that has never seen snow! Like, it snows in Australia, but never in Perth. It sucks.

When I finish school, I am like, booking the first flight to America and spending Christmas over there, so I can see snow. But until then, I am stuck in this bloody heat! Luckily, Adrian invited me over to go in his pool so I headed over after breakfast. I called dad at work to let him know I was going over there, locked up the house and walked over with all my swimming gear. My bikini is so 2002 but it’s such a nice colour that I can’t get rid of it. And besides, I’m still an A cup, so what’s the point in getting another pair and showing off nothing? I really hope that my boobs get bigger soon. Like, I know I shouldn’t compare myself to my friends, but I am so flat chested it’s depressing. I’m nearly 16 and I have no curves! Sometimes, I think about shoving tissues down my bra so that they look bigger, but then I get paranoid that they will fall out. Especially when I wear low cut tops. That would be like, my worst nightmare. I just have to keep hoping that they will naturally get bigger soon. That’s why I want to put some weight on. Surely, that fat will go into my chest, right? I hope so…

I got to Adrian’s house and Mrs Petrovich was in the kitchen making a bunch of polony sandwiches. I thought it was a bit weird, because Adrian doesn’t eat meat. I’m not allowed to call him a vegetarian though; he’s totally in denial and won’t admit it that he is. But seriously, I haven’t seen him eat one piece of meat in all the time I’ve known him. I don’t get why he’s so defensive about it. And every time I bring it up he gets hell annoyed with me. So I’ve learnt to leave it alone. Doesn’t mean I’m wrong though.

Adrian appeared in the hallway when he heard me arrive and told me that Dylan had a couple of friends over, so we just hung out in the deep end of the pool while they ate sandwiches. It was a little annoying though. Dylan and his friends kept splashing us and making kissy faces at us. I was a bit pissed off that Dylan didn’t do anything. He knows that Adrian and I are just friends. We didn’t give into their teasing and they finally let it go. Then we all played Marco Polo. Omg they were so bad! Trust primary schoolers to be honest – they cheated and everything! Adrian got really shitty and went inside. He normally doesn’t lose his cool, especially over stupid, immature boys, so I’m guessing that he’s got some other stuff going on. I did try to talk to him, but I didn’t get anywhere. I pretty much gave up and went home. I’m sure he’ll talk to me about it when he’s ready.

I had a shower, washed my bikini and put it on the clothesline. Then the garage door opened.

She literally jumped out of the car and interrogated me. Oops. I forgot to tell her I went for a swim. Typical mum. She yells at me over the tiniest things. I got angry and stormed off. I seriously don’t know what her problem is. I told dad where I was going. And it’s not as if I ventured into the backstreets of Balga by myself – I went around the corner for a freaking swim! I stayed in my bedroom until I heard her car leave again.

I went on the net but there was no one on MSN so I played a couple of games of Pinball. Then I got bored and made some cupcakes. With vanilla icing. They were sooooo good! Delicious! I love baking. It’s like, one of the few things that I’m actually good at doing. I think it must run in the family. Well… dad’s side of the family anyway.

Mum came home with Grace and I gave her a cupcake to try. She gobbled it up and blew me a kiss. It was pretty cute. Except for the crumbs she left all over the tiles. Ugh. I wish she wasn’t so messy. Then dad got home and we had dinner. Obviously I wasn’t very hungry but I ate anyway. I helped wash up and then I went to my room.

I decided to play around with my hair, so I pulled out my straightener/crimper and sat in front of my mirror waiting for it to heat up. Conair are so clever. I love my multi-styler. Saves me having to buy a straightener, crimper and curler. Not that I could afford them all anyway. I’m so broke. Ok, well not entirely broke, but I don’t want to use my savings to buy a better brand like a VS Sassoon straightener because my hair never stays straight. It’s like it has a mind of its own. It is the bane of my existence.

My phone went off halfway doing my hair. It made me jump and I dropped the crimper on my leg! The plate dislodged when it fell and missed me by like a millimetre. Adrenalin rush much? Yes. I think so. I put my styler back together and grabbed my phone. It was Britt. She msged me to ask if I was going online. Well duh. I’m online, like every single night! I finished doing my hair (looks hell good by the way) and logged onto MSN.

She apologised to me for not ‘being there for me’ and told me she had had found out something life-changing and was struggling to come to terms with it. Ok. Are you ready for this?

Britt is getting a sister.

But, being the supportive friend that I am, I did what most normal people do. I congratulated her. She did NOT take it so well.

Britt: r u patronizin me A?!

Britt: it’s gonna b my stepsister

I did one of those massive gasps and put my hands over my mouth. Way to go Amber. Putting my foot in it. Again. I completely forgot that her parents were divorced. I have to stop being such an insensitive bitch. No wonder she’s been M.I.A. That’s a lot to deal with. And I think I now get why she’s been ignoring me.

She must have remembered when we were in year 8 that I told everyone I really wanted a sister. No joke, it was my Christmas wish. And then… it came true! Grace was born in December! Right before Christmas. I was so happy I couldn’t wait to show her off. But Britt’s situation is totally different. She lives with her mum and she rarely sees her dad, let alone his new wife. This baby must be like, a reality check that her parents are so over, and that by starting a new family, he’s like, leaving them behind…

I feel hell bad for her. She already tries so hard to get his attention. Now, it’s going to be next to impossible! But I don’t see Britt as a competitive person, so maybe I’m completely off the mark. She is definitely a nurturer though. I think it’s going to be hard for her to know that she’s going to have a little sister, but she’s not going to be there for her and see her grow up, you know? Well, she will be there, but obviously not like I am there/here for Grace, if that makes sense. And then, there’s her mum. If she’s anything like my mum, I’m pretty sure that she would be hell shocked. That’s A LOT of emotional baggage for a 15 year old girl to deal with. I wish I could give her a real hug.

I havn’t told ne1 yet. Still shocked u kno

Britt: i’m realli sowi I been a bitch. U n ur sis r so lucky. I was jealouz

Yeah. I worked that out pretty quickly.

Me: it’s ok! Jus dun disappear on me. I waz worried bout you

Me: everyfink will b ok. It will all work out

Britt: u fink so?

jus gonna take sum time to sink in, dat’s all. Ur gonna make a gr8 sis.

dat means a lot 2 me

After we made up, we just chatted and caught up on the latest gossip. I told her about Lauren, Adrian, Lewis and Cameron (he wasn’t on today – boo!), and she told me about her life too. It wasn’t as interesting as mine though. Britt hasn’t met anyone this Summer… yet. It’s only a matter of time until she does. She thought my idea of a get together was great, so we are going to try and do a group shopping trip next Tuesday. Tuesday is such a good day; there’s half price waffles at Gelare, and cheaper movie tickets too! I’ve already circled it on my calendar.

I’m uber excited! Hurry up next week and get here already!

Do you have a younger sibling? What was your reaction when you found out you were going to be an older brother or sister? Leave a comment below!