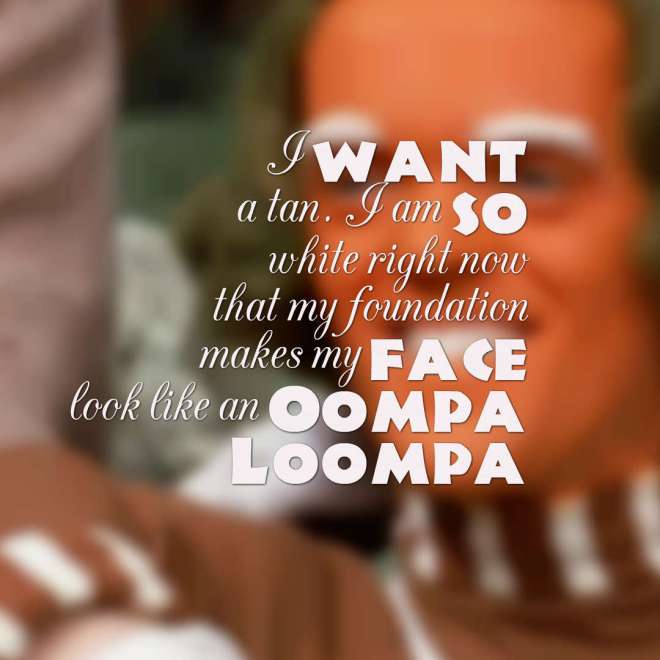 I’m feeling better today. I think. Well, I’ve calmed down a bit. I just can’t believe I’m banned from the internet you know? For like another 6 days. It sucks so much. MSN is like, my life. And Mum has literally taken it away from me. I wish she could understand that it’s uber important to me…

I totally get why she’s punishing me but it’s so not fair. All my friends think so. I msged them to let them know because I rarely miss a night online. Britt thinks it’s way harsh. I didn’t argue. On the plus side, she confirmed that our group -minus Lauren- are catching up on Tuesday for a long overdue shopping trip.

And we are also going to watch a movie. I think we are watching ‘Honey’. No doubt that Britt chose it – she loves Jessica Alba. But seriously, who doesn’t?! Let’s face it, we all want to be Jessica Alba. The promo’s for the movie look good, so I’m pretty sure I will be leaving the movie wanting to be able to dance like her. But really, that’s not going to happen because I can’t dance for shit. LOL.

Grace attempted to wake me up this morning, but I was already up. Yeah. No net = early night. Totally makes the time go faster. Well, I’m hoping it will go faster. Anyway, she dragged me to the table (much to my parents’ surprise – apparently, it’s a miracle that I’m up before 8.30am) because it was breakfast time.

I do not eat breakfast.

Grace tried to give me some toast but I said no. I must’ve said it really angrily because she started crying. Another guilt trip. Thanks Grace. That girl really knows how to push my buttons at times. I took the toast from her and had the tiniest bite. Then, when she wasn’t looking, I put it back on the toast pile in the middle of the table. Unfortunately, dad saw me do it and told me to finish eating it.

I have no idea why. I just don’t like the texture. It’s so dry! I mean, I can put butter and vegemite on it, maybe even some Nutella or honey, but it’s still dry! I eat bread don’t get me wrong, but when it’s crunchy, I really don’t enjoy it. At all.

I had just finished my last bite when dad told me that we were invited down to Rockingham for lunch. He said that I could bring my bathers just in case I wanted to go for a swim. Well duh! Of course I want to go for a swim! I want a tan. I am so white right now that my foundation makes my face look like an Oompa Loompa. How do I know? Well, I was so bored yesterday I decided to experiment. Let’s just say, thank God we are going to the shops on Tuesday. I do not want to look like an orange for the whole of summer.

The drive to Rockingham felt like forever; there was an accident on the freeway so all the traffic was banked up. I had my Discman with me so I pretty much zoned out on the way down there. I wish we lived near the sea. Rockingham is so nice. I love the fact that when I stay with my auntie and uncle, we get up each morning, sit on the balcony and have breakfast while we take in the view. If it’s a nice day, we walk down to the local jetty to see if anyone has caught any fish. I always check the water; sometimes there are dolphins and they come right up to the jetty while there are people swimming in the shallow waters closer to the shoreline. It’s pretty cool. They are so cute! And there’s also a little corner deli where you can buy lollies and burgers. Sooooo good on a hot day!

Auntie Nita had lunch ready for us when we arrived. OMG. She is the BEST cook. No joke. I love her food so much. It’s way better than mum’s. Which is weird because they were both taught by Lola. Speaking of which, that was the reason why we were invited to lunch. Lola is coming to visit!

I feel bad that the last time she was here, I was pretty mean to her. I didn’t mean to be, I just didn’t understand what she was saying to me half the time, and the Filipino things she did. She’s very different from Nanna, but she still does ‘grandmotherly’ things, like make me hot chocolate and buy me lollies. I will make sure I am nicer to her this time. She’s arriving in September so I’m going to learn some Cebuano so I can talk to her and help her out when mum isn’t there.

After lunch, all of us went for a walk down to the jetty. I headed straight to the water. It felt sooooo good! I went for a little swim up to where everyone was on the jetty. Grace was looking down at me and laughing; apparently I look funny when my hair is all wet. She joined me in the water eventually. It took her a while to work up the courage to follow me into the waves. But she got there in the end. We actually had a really good time… until we had to leave.

Grace decided to throw a massive tantrum. She wanted to stay in the water, even though her lips were going blue. And every time mum went to grab her, she just ran straight back into the water. I ended up pulling her out of the water kicking and screaming.

It was so embarrassing.

Especially since there were a group of guys who had just rocked up.

Seriously, why couldn’t they have come earlier? They looked really cute too.

Grace was still screaming and crying by the time we got back to my auntie and uncle’s place. Thank God it’s only a short walk to their house. Literally, like 100 metres. I had a quick shower and by the time I got out, Grace had calmed down. She actually fell asleep in the car on the way home. Mum said that she was really tired. I don’t blame her; swimming takes it out of me too.

The rest of my evening was pretty uneventful. I had dinner, then spent the rest of the night in my room, listening to music and writing letters to my friends. My handwriting is really shaky at the moment. I think it’s because I haven’t had to write anything since the end of school. It’s really rusty. Lol. I’ve written about 3 letters so far. For Britt, Lauren and Amy. I will write a couple of letters for Jenny and Mercedes tomorrow.

Maybe even one for Joshua…

I don’t really know what I’d put in it. Well, I know what I’d like to ask write, but I’m too scared of the response. Is that a bad thing? I know it’s so stupid to be overthinking it, but like, what if he doesn’t like me anymore? I don’t know if I could handle the rejection. Maybe I should just write it and get it out of my head.

I‘ll do that tomorrow. I have work in the morning – I am not looking forward to it; I’d much rather stay at home and watch movies. But. I need the money.

Have you ever been completely embarrassed by your brother or sister? I’d love to hear about it in the comments section below!