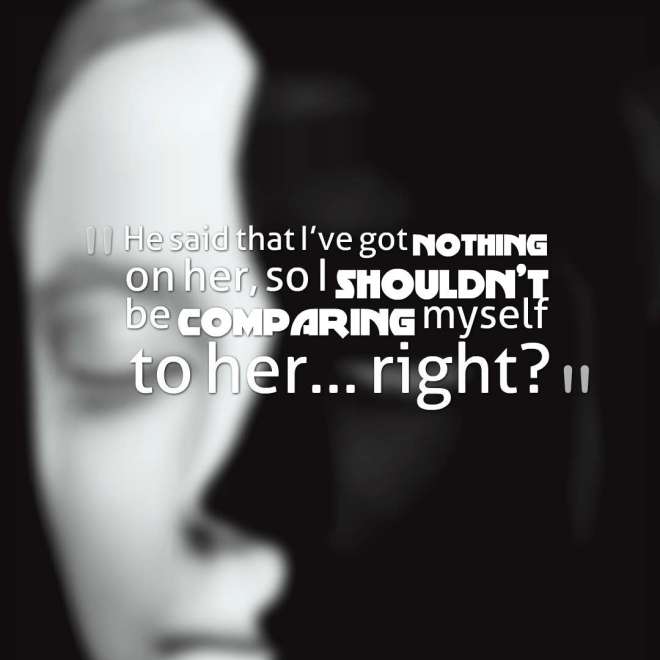 Yup. Ms Yeo was not happy with me.

She told me she could tell that I hadn’t practised. Then, she gave me a whole bunch of music theory to do. Great. Just great. More homework to add to the list. At least I only have to see her once a week.

But other than that, I had an interesting day at school. Aside from Lauren finally getting her insulin pump (it is SO cool, by the way), I ran into to Taj! It was a little awkward though.

Jenny and I were walking to last period (her class is in the same block as mine), and I recognised him from a distance. Jenny elbowed me in the ribs and giggled. Sometimes I wish she wasn’t so observant.

I was face-to-face with Taj Amherst. I let out a nervous laugh and gave him a small wave.

Jenny waved at him sheepishly, obviously shocked that she was acknowledged.

“How are you going, Amber?” Taj asked me.

“So… how does it feel to be a Senior?” Taj asked me, politely.

There was another uncomfortable silence. Taj was looking down at his shoes, obviously avoiding eye contact with me and Jenny kept looking around anxiously. Mercy must have told her what Marisol said about him.

“Just wait until you get your badge,” he continued, completely oblivious to how uneasy I was becoming, “Then you’ll feel different.”

I smiled politely. I want a Senior badge soooo badly. And all my friends and I can’t wait until we do. Senior students get a special brooch to wear to show the ‘general public that we are responsible, honest adolescents who are trusted to return to the school premises once recess and lunch are over’.

In summary: it’s a ‘get out of school’ badge.

Jenny had her arms folded and her body was swinging from side to side. I could tell that she was becoming impatient. I don’t blame her; I wanted this conversation to end too.

“Yeah, right Jenny. Sorry Taj, we have to get to our classes, so…”

“We’ll try,” I replied, as I flashed him a small smile.

“I hope to chat with you again sometime.”

“She’ll be on MSN tonight if you wanna talk,” Jenny cut in, as she pushed me towards the F block, “Seeya, Taj.”

“Ahh, right. Bye girls,” Taj said as he walked away from us.

OMG! Way to go to make it obvious Jenny!

“I can’t believe you said that!” I hissed at Jenny.

“What? The whole convo was painful to listen to,” she snapped back at me, “At least he knows that you’ll be on tonight.”

I rolled my eyes, “Whatever.”

So, fast forward to tonight. I spoke to him! I don’t normally say this about guys but… I really, really, really, really, really like talking to him. He is so freaking sweet. And caring. And sooooo smart. Not to mention he’s such a gentlemen! Like tonight, he said that if we were walking and there was a muddy puddle, he would pick me up and carry me over it (don’t ask me how we got onto that random subject; I can’t remember lol). Or if we went to the movies, he’d pay for my ticket AND buy me popcorn!

He’s definitely not like all the other guys I’ve ever met or been out with. He is so upfront with everything. With life, with friends…

Ok, so I was asking him about his ex-girlfriend because I was totally curious about her from the other night and he said that she doesn’t even compare to me, so there was no point in him telling me about her. But he meant it in a good way, so I asked him to explain what he meant and he said that I’m ‘gorgeous’.

Anyway, I asked him about his ex again. He was a little defensive at first, but then he eventually told me some stuff about her:

I had a heart stopping moment.

What if she was there on Australia Day? OMG! I wonder if this ‘Leanne’ knows who I am?

Why do I even care? I don’t! Like, I’m pretty sure I don’t. Ok. Maybe I care a little bit. But Taj said that I’ve got nothing on her, so I shouldn’t be comparing myself to her… right? I would probably care if Taj was my boyfriend, only because she sits with his group. It’s not as if she hates him from the sounds of it… I doubt he would go back to her anyway, from the way he talks about her. It’s like he despises her, or something. Leanne must have done a seriously bad number on him…

I knowwwwwwww! I wanted to know MORE! I’d ask Mercy to ask Marisol, but I don’t think she’d like that very much. She thinks Taj and his friends are losers. Plus, she probably wouldn’t even know about their group dynamics anyway, considering she refuses to talk to them.

I really want to know why they broke up. I need to know if it was his fault.

I don’t need to explain why.

It’s pretty obvious that I want to go out with him.